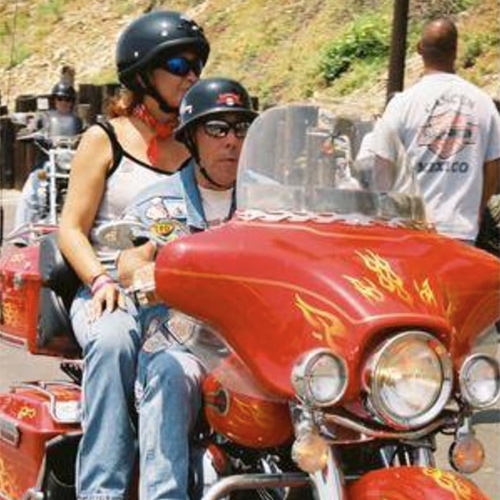 It is with great sadness that I announce the passing of my Uncle Danny. He was killed Friday night in a motorcycle accident in Arizona. My Uncle Danny was a Captain for the Los Angeles Fire Department and worked as a paramedic for almost 38 years. He was 65 years old and loved riding his bike. He was a member of the LAFD Firehogs Motorcycle Club, a club made up of LAFD firemen & paramedics. He thoroughly enjoyed living and was quoted by my father (Danny’s brother) as being “The World’s Oldest Teenager”. I didn’t get to see him very often, but I did get to talk to him more frequently via email (he always had good jokes to send my way). Nothing has been set as far as services, but they will probably be in L.A. I plan on attending to pay my respects, so I’ll keep you all informed. I can honestly say that he left this world doing what he loved probably the most. KEEP ON RIDING UNCLE DANNY!!!……………………….Dan