In Remembrance Of Gary Stameisen, Firefighter 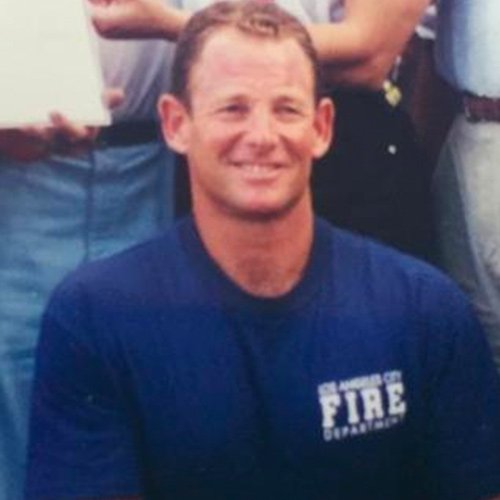 Gary was a long time Fire Hog and instrumental in taking our fund raising efforts to a new level.  In honor of Gary we now have the “Stami Challenge ” in his honor.  Gary succumbed to his duty related illness on 12/4/2010,  and has been honored on the IAFF Memorial in Colorado as well as the California FF Memorial in Sacramento   Stamy to his friends, joined the Los Angeles City Fire Department in 1977, following his service in the United States Air Force. For 32 years, Gary served with honor and distinction, receiving a special commendation for bravery in 1983. Those who knew him best, remember him as an incredible father, husband, son, brother and friend. Gary lived each day to the fullest, and upon his retirement, chased his dream of sailing around the world. He is survived by his wife, Lorri, his children, Corey and Trevor, his stepson, Kevin, his mother, Audrey and his brother, Alan. Gary died in 2010 following a battle with job-related cancer.